The New Yorker recently had a story called “Park Slope is Dead,” which consists mostly of the co-owner of Southpaw, Matt Roff, bitching about how the neighborhood has changed. He is closing his 5th Avenue club Southpaw not for financial reasons but  because Park Slope isn’t what it used to be, yet somehow he neglects to mention the other thriving music venues in the neighborhood (The Bell House, Union Hall, Littlefield.)

Matt says, “My folks came (to Park Slope) in the seventies and it was rough, dude. Just bodegas and stuff, and this wave of ex-hippies buying houses for twenty thousand dollars.” He is just keepin’ it real. Except that it was his parents who were the gentrifiers, at least in the eyes of the people they were pushing out.

Park Slope has become the punchline of jokes about yuppie parents, and overprotected children on a diet of pastured free range chicken and organic kale. The common wisdom among the blogs is that that yuppie families have killed Brooklyn, or at least Park Slope. In the last few years they have forced out the minorities and are destroying the fabric of this neighborhood with their gourmet coffee and cookies, and the neighborhood is now overrun with breeders and their double-wide strollers!

This is, of course, nonsense! Sure, gentrification is going on in Park Slope, but it started in the late ’60s when the middle class were being priced out of Manhattan, and they found they could afford brownstones in the blue collar Park Slope.

The Brooklyn lifers thought the people moving in were nuts, ”I couldn’t understand why a nice couple like that would buy into a neighborhood like this,” said a long time resident when the first “pioneers” moved in in the late ’60s.

But by the early 80’s the “post-pioneers” were complaining about new interlopers moving in and driving up the price of real estate.  They had to create an “other” to blame their problems on,  “lawyers from Manhattan,” ”People don’t know their neighbors. It isn’t families coming in any more.”

Can you believe that, people were complaining that there were not ENOUGH families in Park Slope?  They even had a name for them, “DINKs,” dual income, no kids.

Of course, people who moved in the 80’s complained about the people who were moving in in the ’90s and so on.  The moral of this is unless you were neighbors of Gil Hodges, you should probably not complain about gentrification.

POST SCRIPT- I’d like to correct one misconception in the newyorker article about Park Slope not being cool anymore. It is impossible for Park Slope to not be cool anymore, because PARK SLOPE WAS NEVER COOL!  It was always a bedroom community with a few nice restaurants and bars.  It was never the “It” neighborhood that Williamsburg, Dumbo, and Brooklyn Heights were. It was always the also-ran where you moved because you weren’t cool enough to live in “Greenpoint”.

The FBI shut down the file sharing website MegaUpload last week, and arrested 4 people, including founder/COO, Kim Dotcom.  With the exception of the ineffectual cyber attacks by “Anonymous” on Universal, the MPAA and the DOJ, there seems to been very little anxiety expressed by the shut down of MegaUpload. The digital locker service was charged with a criminal conspiracy of illegally distributing copyrighted material. 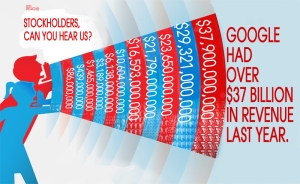 Why haven’t the newly empowered netizen activists cried out at this abuse of government?  After all isn’t this the type of “abuse” they were so worried about with SOPA just a day before?  After complaints from copyright holders, the US government decided not only shut down a website, but have jack-booted feds arrest non-us citizens in a foreign country.  This seems like exactly the chilling scenario everyone was screaming that SOPA would cause, and that would censor the internet, and ruin the webtopia that is the world wide webs.

But for some reason, my Facebook is not flooded with status updates saying “Stop the Government Takeover of the Internet.” I haven’t seen one tweet saying “Free Kim Dotcom. Free the Internet.” Nor a plea from Jimmy Wales on MegaUpload’s behalf.

Especially after their victory lap, I’d have thought these newly empowered freedom fighters would flex their social media muscles.  But they didn’t.

SOPA and PIPA had been debated for the last year.  It was being revised and hashed out in committees, but the only people who seemed to say much about it were the usual small group of internet journalists, and even most of them really didn’t take a side until last week.  But last week Google and Wikipedia decided to take a stand. Their “blackout” and fear mongering got over 8 million people to email their congressman saying NO to SOPA.

Impressive, but a little scary if you consider the motives.  For better or worse, Google and Wikipedia traffic in a lot of illegally copyrighted material.  They know it, and if they had to put even more resources to reduce the amount of copyright infringement, it would cost money.  Why should Google spend more money to curb piracy when they can say “it’s not our responsibility.”  Of course, that doesn’t have the same ring as “End Piracy, Not Liberty.”

What if FOX and CNN decided to not broadcast their regular programs for an entire day, but instead showed stated that “The Government” was trying to take over the airwaves, and urged you to write your congressman. Then other networks joined in solidarity. I’m sure congress would get at least 8 million calls, but FOX and the other networks would also be called on their lack of objectivity, and most people would see the nets craven self-interests.

But the “enlightened” Google get a free pass.

It’s too bad, because it would be great it we did have a “super-power” who used their might to fight for social justice.  But Google isn’t interested in social justice, just the bottom line.

My job is in the music industry, and I have been working with independent musicians for 20 years. So naturally I was very interested in the recent hoopla over The Stop Online Piracy Act (SOPA). If I’ve learned anything from the anti-SOPA movement, it’s that most “netizen activists” are either willfully blind or out and out hypocrites.

For the most part they nod and say that piracy is “bad” and “something needs to be done,” but when there is a law that might actually have the ability to curb piracy, they call it “draconian.” I think I’ve heard that term a hundred times.  Do any of them know anything about Draco?  As far as I know, there is nothing in the SOPA bill suggesting that copyright violators be sold into slavery.

They say SOPA will cause sites to self-censor the Internet, yet the same breath demand boycotts against companies that support SOPA. So censorship is ok, as long as its censoring the things you don’t like.

They say that the government should not have the power to decide what you can or cannot see, yet Google does that every time you search, basing your query returns on past searched and demographics. “In Google We Trust,” I guess.

They say that you can’t trust a bill that is sponsored by the big bad music and film industry. It’s big business against those mom and pops worth over half a trillion dollars (Google, Yahoo, Twitter and AOL.)

But then you usually get to the heart of the matter, people like getting music and movies for free.  They like that you can use someone else’s intellectual property anyway you want, whether it’s giving away an MP3 of your favorite song, or making a “mash-up” of the most recent internet meme using someone else’s creation. The truth is almost everyone has downloaded an illegal song or movie at one time.  You might feel a little bad about it, but you will come up with all the standard rationalizations:

“They charge too much.”

“I spent all this money in the past so I’m entitled to a freebie.”

“It’s too complicated to buy.”

“It’s unavailable legally, so I had to steal it.”

“Big companies are ripping off the artists anyway.”

SOPA and PIPA are not perfect bills, and a lot of the issues could be fixed by spelling out clear definitions of theft and modify the penalties. Maybe they can be modified and address people’s concerns but the knee-jerk opposition to it shows that internet companies and people themselves really don’t want to curb piracy and copyright infringement. The real reason people are so opposed to this legislation (other than the overstated claim of censorship ginned up by Google and Wikipedia) is that they like the internet being a lawless place, where all it takes is a little cognitive dissonance and a click of a mouse and you can have all your movies and music for free.

N.B.- For me this is not a thought experiment or playing devils advocate in a debate game. This is my livelihood. It was my parent’s livelihood. Intellectual property and copyright laws puts a roof over my head and feeds my children.  So please spare me the B.S. about the industry using outmoded business models and need to find a new paradigm to generate revenue.  Doublespeak like that is cold comfort after the Visigoths have sacked the village.

I got an urgent call on my way to work.  My wife Juliet was calling, my 2 1/2 year old son Nate was asking mom to play a specific song.  He was trying to whistle and saying “sun, sun, sun.”  He was emphatic  and Juliet was baffled.

“It sounds like 5 Years Time by Noah and the Whale?” I said.

This is not unusual.  Before he could even say “plane” he could hear them way before I could. He can hear when I come in the apartment building, from the 3rd floor. But he has more than the hearing of a cocker spaniel, Nate seems to have excellent aural recall.  He has always liked music, which isn’t odd, but after listening to David Bowie’s “Life on Mars” inscessantly  he now points out any time he hears David Bowie, any Bowie song. “Under Pressure” was playing in the mall, and Nate points up and says “David Bowie?” I almost told him, “It’s actually Bowie and Queen” but it seemed petty to quibble with a 2 year old.

Maybe he just has good hearing, but I’m wondering if there is any correlation to acute aural definition and musical ability?

Or maybe this is just normal for all kids as they catalog the world through sound.  I don’t know, I honestly cant find any research on children’s hearing, except when there is hearing loss.  But the fact that he is doing more than just hearing, but identifying, I find fascinating.