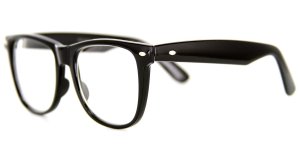 The New Yorker had a satirical piece, “MISSED CONNECTIONS FOR A-HOLES.”  It was a parody of Craigslist’s Missed Connections, but instead of saying how charming they found a stranger,  they say how annoying they found them.My problem was I couldn’t tell if the piece was making fun of the annoying people, or the people complaining about them?There seems to be a lot of anger and bitterness these days about anyone who seems deliberately esoteric  or different.  Or don’t follow some unwritten cultural rule.  And this is usually regardless of whether it harm or inconveniences anyone, its almost alway a matter of principle.

That is usually when someone throws out the no pejorative “hipster.” Apparently anyone doing anything you dislike is a “hipster.”

When you write about how you want to punch a hipster with his ironic facial-hair or expensive bicycle, doesn’t make you an everyman hero, it makes you an intolerant self-righteous jackass.

And guess what, no matter who you are, someone thinks you’re a hipster.

“Who does that guy think he is ordering pasta?  Pasta? They’re called noodles, hipster!”

I’m not saying other humans aren’t annoying, but wishing physical violence on someone because they are annoying and different doesn’t make you Rosa parks.

The rampant  bitterness over such trivial things as someone’s clothes, mode of transit or facial hair is almost enough to turn me off of the Internet, but until the library periodical section gets a better selection of pictures of cute animas of different species cuddling, I’m here to stay, with my crusade of promoting a scrap of decency toward your fellow man.

What is the best way to go down the subway stairs with a child and a stroller?

This is one of those questions that people without kids think is idiotic, “these crazy parents over-think everything.”

But parents think it’s a great question and invariably have the answer and a few tips.
I recently was taking my two-year-old daughter into Manhattan; she’s a good walker but walking several blocks necessitated the stroller.
When we got to the F train stairs, here were my options:
The Slow Roll
With my daughter’s hand in my right hand and the stroller in my left, walk down the stairs step-by-step. Of course, if it is busy and you are taking up two-thirds of the staircase as you amble down the stairs, you will need to dodge the daggers coming from the eyes of busy commuters because your little brat added a few more seconds to their commute.
The Loaf of Bread
Grab your kid under one arm, stroller in the other, and hurry down the stairs. This is dangerous, as a flailing child could send you off-balance and tumbling down the stairs, and even if you do get down safely you’ll need to dodge the daggers coming from the eyes of busy commuters angry at someone who’d carry this darling angel like a loaf of bread.
The Bounce
Pop a wheelie, and bounce on the back wheels down the steps one-by-one. Note: Depending on the weight of you child and the amount of junk you keep underneath (I usually pack like I’m loaded for bear), this method may render the stroller inoperable; since the SoHo Maclaren mechanic went out of business, you’ll need to buy a new stroller.
The Muscle
Just grab the left and right sides of the stroller with your child strapped in, yank it up (thanks to the awkward position you end up lifting entirely with your back), and muscle her down the stairs. Make sure your chiropractor has a tenth-visit-free option if this is your lifting choice.
The Damsel in Distress
Stand at the top of the stairs looking helpless until someone helps you portage the loaded strolled down. Note: This does not work with men.
I opted for “The Muscle” ….then a cab home.
How do you get down the subway stairs?

I think its time to put a moratorium on the following cliched, unfunny internet memes (truth be told, these really weren’t clever when they were new):

FAIL- This seems to be the internet equivalent of the “asshole” chant from the high school cafeteria when someone dropped a tray. One word taunting of someone’s misfortune generally come from mooks and frat boys. (Did anyone really think “Not!” as an insult was ever clever?)

[BLANK]-mageddon (snowmageddon, carmageddon , trainmageddon) Trust me, when the Four Horsemen come, they won’t be talking about snowstorms or traffic delays.

EPIC– (Often accompanied with FAIL) Unless you are talking about The Divine Comedy, Ernest Shackleton or a David Lean film, then find another word.

It was blistering yesterday, but I was very disappointed with the dearth of topical “Its so hot” jokes. So I channeled my inner Carson…

It’s so hot… in Queens they are using Huma Abedin’s stares at Anthony Weiner as a cooling stations.

It’s so hot… the guy who suntans in just a gold lame thong is switching to a more breathable linen thong.

It’s so hot… the temperature is higher than Jorge Posada’s batting average.

It’s so hot… David Chang opened a frozen yogurt stand Momofroyo (but lines are so long no one can get in.)

It’s so hot… Donald Trump is actually having a GOOD hair day.

It’s so hot… Brooklyn College is now offering a degree in the binary language of moisture vaporators.

It’s so hot… Uncle Louie Gee is going public with an IPO.

Apparently someone thought  the industrial looking unmarked air sensor in the Union Square subway station looked like an art installation on loan from a museum.  All that was missing was the museum plaque with a title and esoteric description:

If You See Something, Say Something

On loan from Free Admission exhibits, 2011

Citizens Police extensively trained by the Department of Homeland Security’s advertising campaign, wander past this extremely suspicious device with occasional and momentary curiosity.

Unmarked, unmanned, and unfriendly, it provides an excellent source of fear, thanks to its menacing appearance and complete lack of explanation. 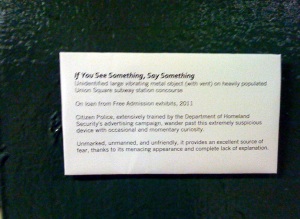 Air sensor before it became art.

I noticed something in all the hubbub about the Prospect Park West bike lanes, blog commenters frequently feel the need to state they were born in New York City, and how long they have lived there. Somehow because they exited their mother’s womb in the confines of the Five Boroughs, it entitles them to more credibility. They often refer  to non-native New Yorkers as “transplants”, and these “transplants” are usually  complicit in the destruction of the fabric of new york.  And the craziest thing is the so-called “transplants” buy into this malarkey and often allow them selves to be cowed buy these native-son-of-a -guns.

So let me clear up what makes you a New Yorker:

You were born and raised in Midwood, Brooklyn?  Congratulations, you are a New Yorker!

You moved to New York City last month from Chillicothe, Ohio (and you managed to find a job and a place to live)? Congratulations, you are a New Yorker!

How much of one’s vested interest in their community is based on birthplace?  I see plenty of “native” New Yorkers treat their city like a garbage dump.  In fact, I think it is longtime New York residents make change (even for the better) more difficult.  The “born and raised” are often overly tolerant of Gotham’s daily assaults (crime, pollution, rotting infrastructure.)  B & Rs often haven’t lived anywhere else, so they do not know any different way.

And because of that they a very quick to defend any on the city’s deficiencies with statements like:

“Yea, but we got [some great thing about New York]”

“Only in New York”

(I love this city, but I’m sorry, “only in New York” doesn’t cut it as a response to someone complaining that a homeless person is using their foyer as a bathroom.)

So let’s give the “transplants” the benefit of the doubt.  Coming to New York with a different point of view is what keeps the city vibrant. Transplants often give a dying body new life.

Here is a list of a few New York Transplants who made New York what it is and
Patti Smith – Born in Chicago, moved to New York from Deptford Township, New Jersey
Sarah Jessica Parker – Was born and raised in Ohio.
Jane Jacobs – Moved to New York City from Scranton, PA.
Bob Dylan – Born in Duluth, Minnesota
John Lennon – Born in Liverpool, England
Andy Warhol – Born in Pittsburgh, Pennsylvania

(fwiw- I was born in East Flatbush, Brooklyn and moved to Long Island before elementary school.  I went to college in upstate New York and since I’ve lived in Hoboken, NJ, the Upper East Side, Williamsbug, the West Village, and Park Slope.)

There is a story in the NY Times Magazine about a 1 year old buy who suffered brain damage, and whether it was cause by shaken baby syndrome or some other cause. At least I think that what it was about, as I couldn’t read past the first page of the 7 page article. As with many articles about child abuse, or the tragic death of child, I felt sick to my stomach when reading about it. I’m not talking metaphorically, I actually had to swallow to keep myself from becoming physically ill.

This never used to happen before I had children. I would read horrifying stories and I’d get angry, and feel sympathy for the parents and children, but I could get through them without wanting to vomit. Not anymore.

I’m wonder if my hyper-empathy will ever fade, or if I even want it to. But it does amaze me at yet another thing I never expected that changes after I had children.

It’s pretty before it turns into black slush.

If you are to believe the headline of the The New York Times article this weekend, Passengers Push for Child-Free Flights, airline passengers are mad as hell at those snot-nose kids on flights, and they are not going to take it anymore.  But the article offers mostly just anecdotal accounts of some passengers bad experiences of flights with unruly children. The one “empirical” study, a survey of 2,000 travelers released by Skyscanner, seemed to contradict the title of the article, “early 20 percent said they would like to see airlines offer child-free flights.”  That means over 80 percent do not want child-free flights, but why let facts get in the way of a good anti-children story.

Rounding up a bunch of people complain about how their flight was ruined by a screaming baby is easier than getting people to complain about the fat-cat in Washington.  The only redeeming part of this article is that the airlines pretty much refused to even validate the premise.

This is just one article in what I am noticing as an alarming anti-child trend.  There seems to be more and more stories of people complaining about entitled kids/parents.  But the allegations always seem to be unfounded once you get to the second paragraph of the article.  Maybe I am just more attuned to these stories now, but I don’t recall there being such animosity towards parents and children in the past. 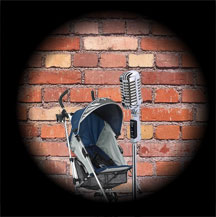 I’m not sure if he is trying to be funny or not, but my nearly 3-year-old son has been cracking me up lately.  And not with the usual silly baby stuff, real smart ass retorts. But coming from a two-year-old, they are killing me.

Nate: Daddy, what is that white thing on your face?
Daddy: Where?
Nate then spits on my cheek and laughs. (I’m incensed, but have to laugh.)

While on the potty
Mom: Nate, Why are you touching your penis?
Nate: Because I don’t want to touch my head!